I have been experimenting with light paintings for a few years now and I realised that the more I did, the more I wanted to really ‘paint’ with light. So I made a conscious decision to create images that looked as if they could have been painted rather than photographed. I have always loved the paintings of Marc Chagall and when my husband designed, made and fitted one of his own stained glass windows in our house, I used his beautiful coloured glass as inspiration for my homage to said artist. Here are a couple of my photos in the style of Chagall: 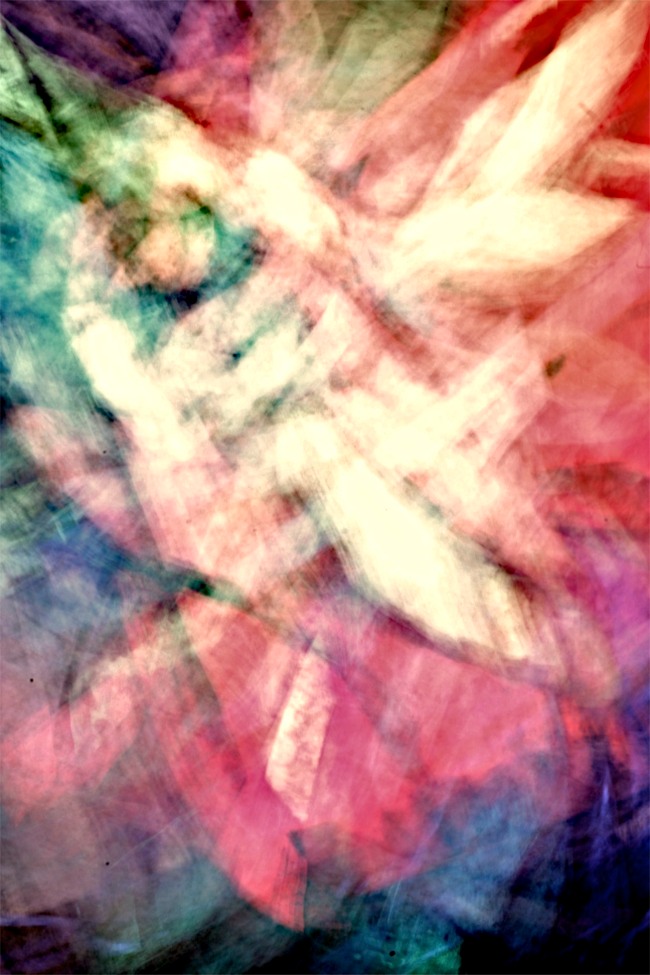 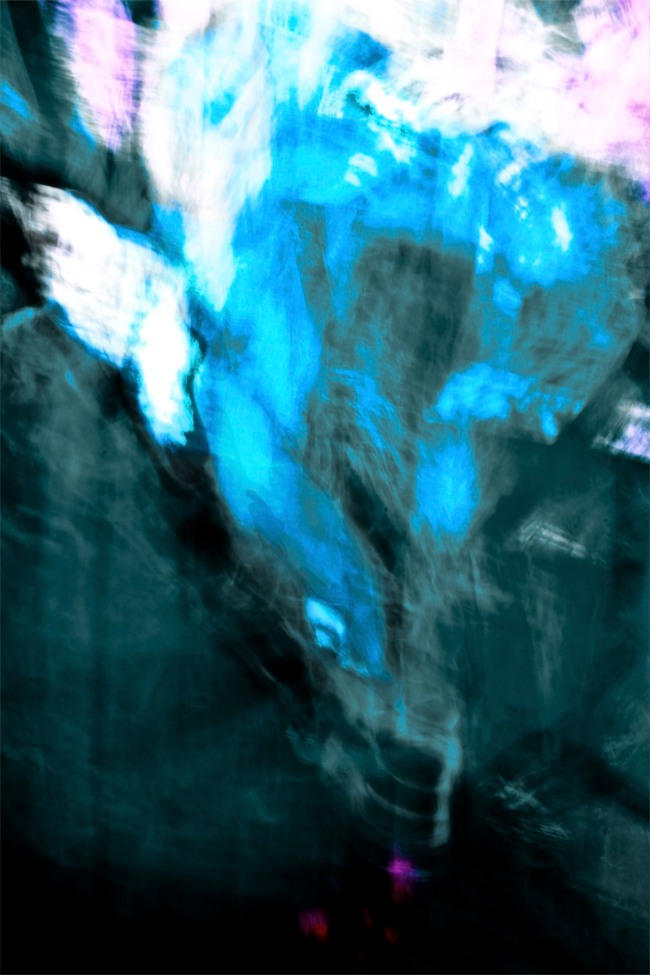 Then I moved away from the static and used torches, ribbons and flowers. Some of the images turned out a bit like Francis Bacon:

And some I like because they are a bit weird or colourful. I either position the camera on a tripod and move around with a torch or fairy lights, or I dance around moving the camera in front of a light source. Always with a slow shutter speed and high f-stop: 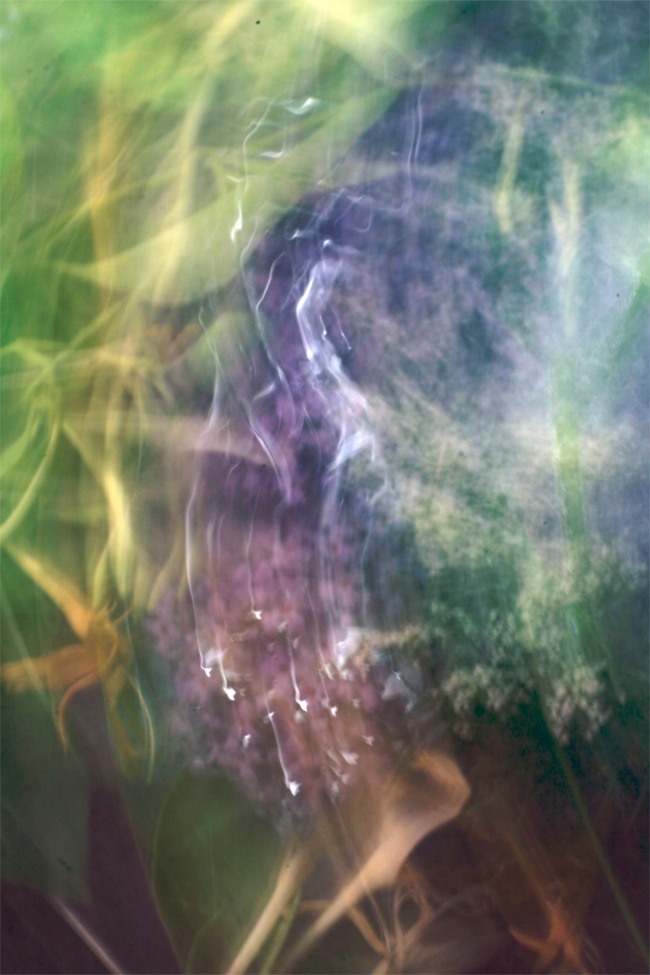 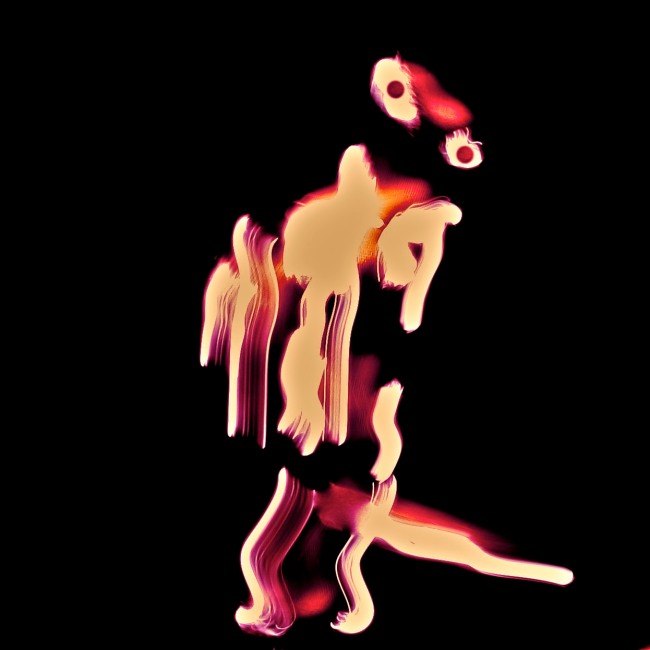 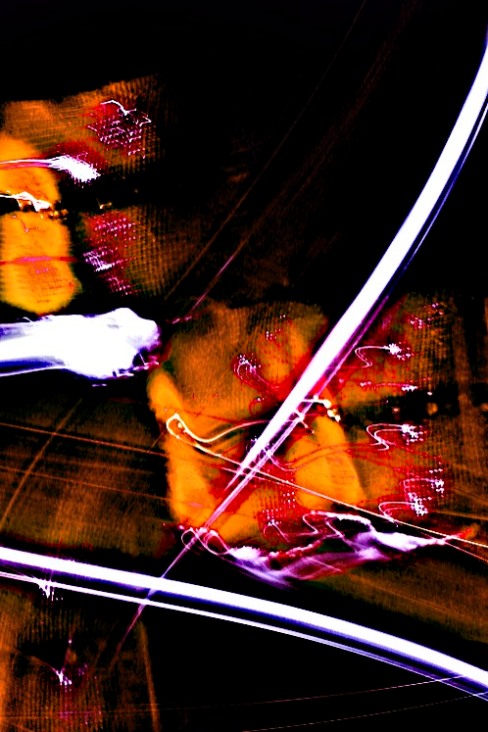 I would like to wish everyone a very Merry Christmas!!!

I am officially launching Glimmer and other stories on Facebook on 1-1-14.

If you would like to win a paperback copy of this short story collection, then visit my Facebook page any time during that day:

Glimmer is a collection of seven compelling and darkly humorous stories that deal with obsession, loss, redemption and hope.

‘I was found in a plastic bag inside a dustbin. Dried blood and faeces stuck to my newborn flesh. Dumped by some teenage girl, too scared to say that she had given birth to a premature baby. Or so the story goes. It’s a pack of lies of course. I fell from the sky.’

Rousseau’s Suburban Jungle takes us into the world of Esther, who loses herself in the wild and colourful paintings of Henri Rousseau to escape the blandness of her existence. In The Reclaimed Merman a suicidal man is saved from a watery grave after he meets an eccentric woman on the beach. When the legendary artist Earnest Thirk dies, a grieving fan decides to honour his secret last wish. And in the Award Winning tale Glimmer, a young man reflects upon his life as he waits for messages from the stars.

Glimmer and other stories is available to purchase in both paperback and Kindle format. 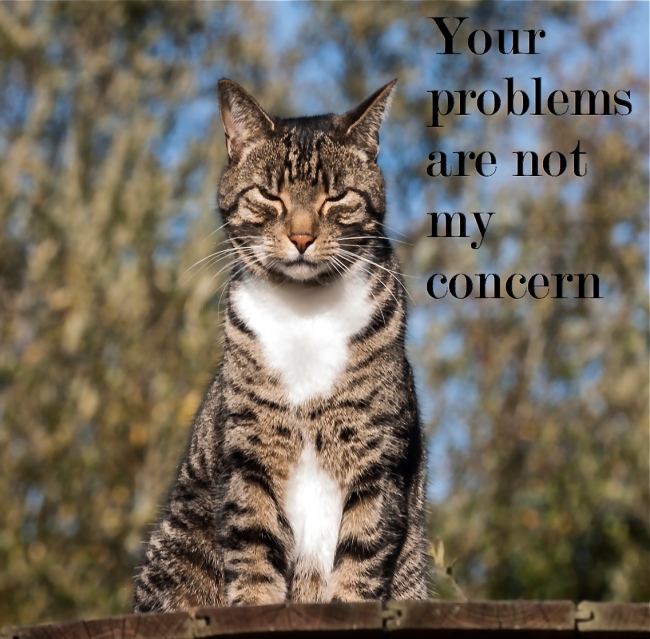 Since I’ve been actively looking for reviews of my book Echoes from the Lost Ones, I have been taken aback at just how nice my fellow authors are. I have met some truly generous people over the Internet and hopefully, found some genuine friends amongst the jumble of Facebook Likes and Twitter followers. I am not a natural blogger or Twitterer, and I find posting things about myself, and even my book, painful on occasions. So when I took the leap to actively participate in getting an online presence, I was scared and not at all keen.

Now, I ‘ve almost changed my mind, or rather, had my mind changed by the warmth and support of other writers. So, all I want to say is a big thanks to all the authors, bloggers and writers that I have met through the ether.

I hope I continue to find new friends and comrades.

I’m going to try and do some author spotlights/interviews too. If you would like to sign up for that, I would love it!

If anyone wants to exchange books for an honest review, then I’d be happy to do so. Please feel free to get in touch:

When do you publish the next book in a series?.

I think what I’m about to say will be familiar to a lot of authors.

My debut novel ‘Echoes from the Lost Ones’ was published in June of this year.

Sales are slow. But that is to be expected I guess. I’m not really concerned about that. I’m more worried that I have botched my attempts at getting that all-important author profile going, despite working really hard to put myself on the on-line media world stage, and doing readings and workshops.

Previously to being published, I wasn’t on Facebook or Twitter, or any sites that promote authors. I have come to realise that I should have been much more active on the social media platform and may have left it too late.

My publishers are leaving all of the marketing to me. AHH! I am useless at self-promotion. I’ve tried ‘giveaways’, paid promotion on relevant sites, guest hosting on Facebook events and getting author spotlights. I have noticed that sales went up a tiny bit after I spent a small amount to advertise Echoes on Kindle boards, but sales slumped soon after.  So, the question remains, how do I get folk to notice me and buy the book? I have received some excellent reviews on Amazon and Goodreads, but to what end? Now, I’m all a bit ‘harrumph’ and out of ideas.

So, I was wondering if having the next book in the series come out sooner rather than later, would be a good thing? Would readers be more willing to buy a book when they know that they wouldn’t have to wait to read the next instalment?

Does anyone have any advice? I would appreciate it.

On a different note: is it just me, or do grasshoppers look exactly like Alien? 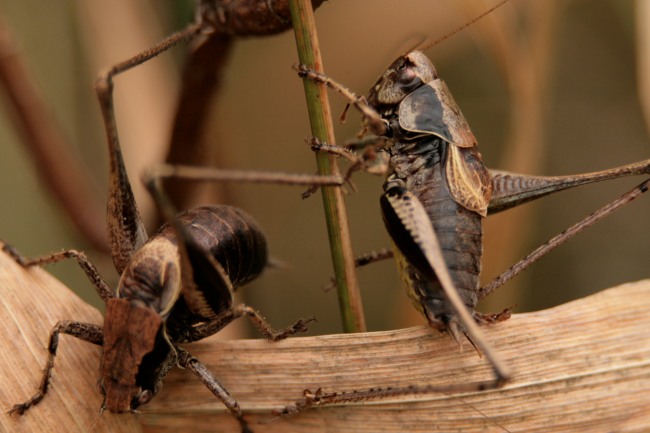 Upon a yellow flower

Sheds no tears as his wild gusts

Rip at her branches

Reflections of a cat 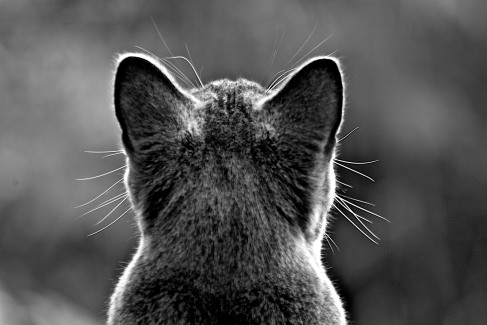 He stares at the sky

Thoughts of quill and fur

I saw a feather

Dropped in dew transform into