Here is another insight into the life and work of a Suffolk writer. I have worked with Roger on his Memoir and am hopefully helping him with writing his first fiction novel – a Sci-fi/time travelling alternative history story.

Take it away Roger Ley!

Who are you and what do you do?

My name is Roger Ley. As a young man I worked as an engineer in the N Sea and in N Africa before taking the last refuge of a scoundrel and becaming a lecturer in engineering. I retired five years ago. About two years ago I went to Beijing to visit my son. I found China very interesting and exciting and sent long emails back to my wife describing my adventures and developed a taste for writing. I decided to try to place articles in magazines and have had about half a dozen published.

What is your book about?

I wrote more articles than I could get published mostly they are funny stories from my past, technically memoir. In the end I put them all in chronological order, added some photographs and asked Nikki, who I had met when she ran a creative writing course, to edit them and help me to self publish them.

Why did you choose to write A Horse in the Morning?

Funny stories are little entities that exist only as long as somebody remembers them. I like the idea that my stories will live on and that in the future some of my family might find them interesting.

Who or what was the inspiration behind it? 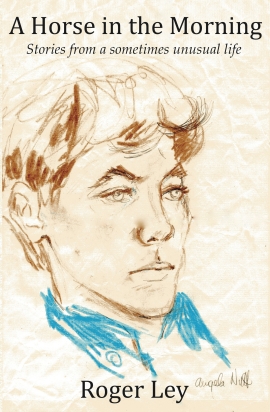 I believe that since the internet has been invented we will all leave behind a digital legacy and this will be a lot more interesting than just knowing where you were born, what your job was and when you died. This book is part of my digital legacy.

What kind of research did you?

Mainly scanning all the family photographs and putting the into organised folders.

What was the biggest challenge in writing the book?

I would never publish another book with photos in it because it makes the layout on Kindle and CreateSpace so complicated. Sorry Nikki.

What was the best part of writing your book?

After I had written it I found a particular relief in knowing that the stories were safe and that people I didn’t even know and who have not been born yet might find them funny. I have done my best for them.

What, if anything, have you learned from writing your book?

Since I have started writing my second book, which is a novel, I have realised that writing memoir is much easier than writing fiction. Writing memoir is largely journalistic although you have to be entertaining.

Do you have any advice to give authors who wish to self-publish?

Getting stories and articles placed in magazines is difficult because there is so much competition but when you do place a piece it will be read by an awful lot of people. It is also a validation in that an editor has liked it enough to publish it. I got a travel story published in Reader’s Digest and they claim a readership of 500,000. What a shame they only paid me £50.

Do you have a favourite author? If so, what is it about their work that you like?

I have just re-read the five cold war spy books written by local author Edward Wilson. I like reading his work because I know him and can ‘see up his trouser leg’. I think that Freddy Forsyth writes a ripping yarn, I also like John Le Carre.

What are your future writing plans?

I am working on an alternative future history of the last part of the 20th century and the first half of this one. It was quite a shock to realise just how much I didn’t know about novel writing considering how many novels I have read.

I will be giving a talk about writing magazine articles and self publishing at the Cut theatre in Halesworth on the 16th of August.

My Facebook page ‘Roger Ley’ has some of my articles on it. 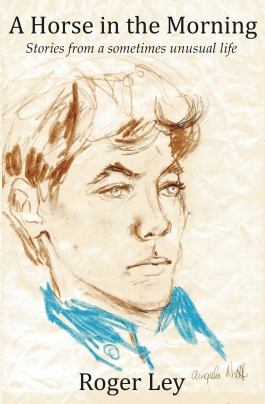