Want to get to know more about the up and coming author of If Death Should Love Me – C. Desert Rose?

Okay then. Let’s get to know more about this enigmatic writer.

Take it away C!

Who is C. Desert Rose? Tell us a little about yourself.

Well, this is a complex question because I am very many things. I am a person who loves literature. I am your average, everyday, woman—only with a love for writing. I am a lover of all things mystical and inexplicable. I use my imagination more than a normal person should at times.

But, I am also an easy going person who is a good listener and has the bad habit of saying what’s on her mind; often times a little too openly.

I am also keen on Youth/YA Paranormal. Of course, I do respect and appreciate a great many other genres, but Youth/YA Paranormal is that one that speaks to me. There is something about the alluring nature and the enigma that it contains that just makes my mind run rampant—and I love every minute of it!

When did you know that you wanted to be a writer?

In all honestly, I’ve known it all of my life. But it wasn’t until recently that I gathered the courage to do it. And that was for several reasons.

(2)I was certain that my stories wouldn’t be anything “new or exciting”.

(3)I didn’t believe in myself.

That day changed everything for me. It was the day that I said “Rose, stop being such a dog-on chicken, and just do it!”

Does your background influence your writing?

Very much so, yes. I am of Hispanic descent, and it reflects abundantly in my writing. Someone once told me—or maybe I heard it somewhere, not sure—they said, “Write what you know.” What I knew was my heritage, my background… and paranormal. So, I unified them.

What drew you to the subject matter of If Death Should Love Me?

Throughout my life I’ve done exponential research on angels and

demons and religious mythology. I’ve actually done studies on the subject and have learned many things about it. It’s always been something that had caught my attention. It was the affinity for those things that brought forth the premise for If Death Should Love Me. The rest of the story was strictly from my imagination.

How much research did you do before writing the series?

Quite a lot. As I said, I’ve spent a long portion of my life researching topics such as these.

Who is your favourite character in the book, and why?

Ugh! THAT is such a hard question to answer! But being forced to choose, I might have to say Azriel. He’s just (as they say here in America) all that and a bag of chips! More than that, what I love so much about him is his personality. He’s tender and caring, yet cryptic and sensual. He has a certain way of speaking that can make any girl weak at her knees. He’s incredibly handsome, but what’s even more impressive is his courage.

Where do you write?

Everywhere! (Lol) Wherever I get a spot, that’s where I write. Thank goodness for the laptop, if you know what I mean.

Do you have a favourite author? If so, why?

Yes, actually. I love Stephanie Meyer. I think that she is very misunderstood by so many that degrade her work. I utterly respect what she did with the Twilight Saga. I feel as though she wanted to offer the public a different view on what was becoming an unspoken rule as it pertains to vampires and werewolves. And, I believe she did it well. I think that those people who take time out to belittle her work should shut up and think about this… Who is it that got a movie contract?! Oh, yeah. That’s right. It was Stephanie Meyer. Not them.

Do you have a favourite genre that you read?

Most definitely it is YA Paranormal. I’m a huge fan and have read many authors in this genre. Some incredibly good, some not so much. But still I can’t get enough of it.

Do you have a favourite book?

THAT, I do not. I mean, for me, it’s like taking a walk in Willie Wonka’s Chocolate Factory. I would never be able to pick just one. They are all too tempting, and I’m sure that I’d love them all for one reason or another. Unless of course it’s gross.

Is there a character from a book you have read, that you identify with?

In all truth, I think that to a certain extent I can identify with a wide array of different characters from different books. Simply because, when a book is well written and the characters are believable, then you cannot help but see the human condition in them. In so doing, you automatically connect with them.

If a film were to be made of your book, whom would you like to play the leading roles?

Ooooh!! I loooove this question, because I’ve thought about this more than once. 😀

Azriel would be played by Lance Gross

Sophia would be played by Christina Milian

Gabriel would be Paul Bettany

The Alpha would be Jude Law 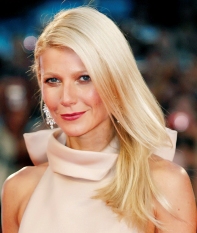 The Omega would be Gwyneth Paltrow

As for the rest of the characters, I have no clue! (Lol)

What do you do when you are not writing?

When I’m not writing, I am busy with ordinary, everyday, family life. The uneventful things that we all do. You know… work, family, friends, errand, chores, and such.

If you could live in a book for one day, what book would it be?

Definitely, Cloud Atlas by David Mitchell. Wow! What an adventure!

What inspires you to write?

Everything, everywhere. Sometimes it could be something as simple as what a person might say. Sometimes, a picture. Sometimes, music. In all truth, all different things can inspire me at any given moment.

What are you writing at the moment?

I am currently working on the 2nd part of the Fate’s Endeavor Series. The title is Demoness Enchanted and is estimated to be release next year (2015), in the summer. It is the 2nd part of the series, but it can also stand-alone as it’s the story of another set of characters. However, you will find Azriel, Sophia, Parí and Alec visiting the scene once again.

The main characters to this story are names Zita and Roman. She is a hybrid demon/human mix. He is, unbeknownst to him, a hybrid angel/human mix. Things get pretty interesting as Zita and Roman find themselves in the pursuit of truth. Zita must learn that “what you are, does not define who you are”!

Thank you so much C.Desert Rose!

Please be sure to look out for her books of check out her website: http://cdesertrose.com/