I live in the countryside surrounded by fields and am fortunate to have an acre of land. Despite having a main road at the front, lots of wildlife live in my garden. The reason? I have left many areas to grow naturally and hopefully, given a safe haven to many species that are on the brink of extinction.

Yes, there are brambles everywhere, but also beautiful wild flowers that attract bees, butterflies and other pollinating insects, which in turn attracts, bats, hedgehogs, snakes, toads and other less cute animals such as rats. But hey, they’re just as adorable in their own way. 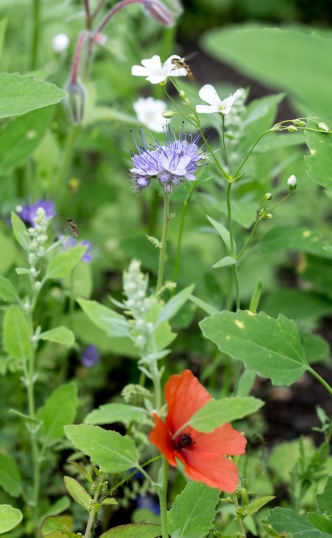 So I wonder if anyone else has decided to let a part of their garden, or yard, for my American friends, go back to nature and let the ‘weeds’ flourish? I would love to hear from those who have.

My Sci-fi/Dystopian series – The Song of Forgetfulness – is to a certain extent an homage to Mother Nature and a condemnation of mankind’s disregard for the delicate balance of the environment. I didn’t intend to make it an eco-warrior rant, but as I researched global warming, deforestation and the like, I became angry and deeply upset, so how could I not vent my feelings of despair and try to get a message across – please save our beautiful planet Earth before it’s too late.

I will be releasing a prequel to the series – The Chronicles of Mayer – in the next few weeks so watch out for another post!

The Chronicles of Mayer:

A story of survival and courage in a devastated world.

Adara needs to know more about her past if she, and everyone else, is to have a future. The Moocow Monks of Mayer have the answers. Inside their subterranean archive, as Adara sits and watches the history of NotSoGreatBritAlbion unfold before her eyes, she learns disturbing truths hidden for centuries, in – The Chronicles of Mayer.

The catastrophic flood of 2158 wipes out most of the population of Great Britain and destroys Mahabharata House, a Buddhist community. The only two surviving cow herds, Gopi Jnanamaya Kosha (Mayer) and Gopala Arjuna Bhutapanchaka, are forced to flee, taking the cows with them. With water levels rising at an alarming rate, they move the sacred herd to the highlands of Scotland. 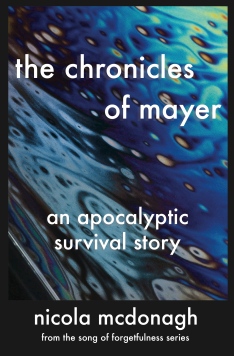 You can find all of the books in The Song of Forgetfulness series here: